You Want to Know: Are Mercedes-Benz Cars Reliable? 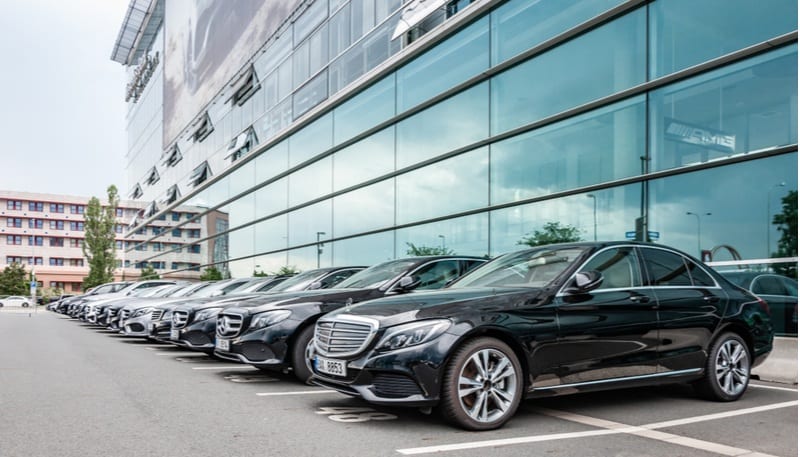 You Want to Know: Are Mercedes-Benz Cars Reliable?

If you are considering buying a used car that has under 140,000 miles and is a 2011 model or newer, get a free quote for one of our "extended car warranty solutions".

100% Online, 9 Coverage Options and No Robocalls!

Get Instant Online Coverage Quote for Vehicles You Are Considering

Mercedes-Benz currently offers more than 20 models of vehicles in the United States – from sedans to SUVs and everything in between. If you’re going to purchase 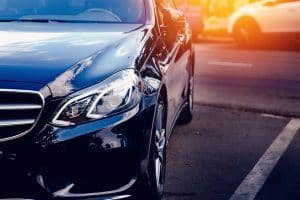 There is no doubt Mercedes-Benz makes beautiful cars that are timeless and tasteful, appealing to regular Joes, celebrities and even the Pope! So, if you’re itching to make your Mercedes-Benz dream car a reality, then you’re in luck because there are lots of Mercedes-Benz options available in both the new and used-car market. So, let’s get into it. Let’s talk about reliability.

How reliable are Mercedes-Benz vehicles? According to RepairPal, they are average when it comes to reliability. The Mercedes-Benz Reliability Rating is a 3 out of 5, which makes it average – not the best, but not the worst.

The average annual repair cost for a Mercedes-Benz is about $900, which means it has average ownership costs, compared to $652 across all other models. This includes both scheduled and unscheduled repairs.

Visiting a repair shop for unscheduled repairs is approximately 0.7 times a year, compared to 0.4 across all models. And on average across all Mercedes-Benz models, 13% of repairs are considered severe. This compares to a probability of 12% for major issues across all models.

To give perspective, it is important to note that the data from RepairPal regarding average cost, frequency and severity of repairs is based on data from more than 300 different models that are not all in the same class category as a Mercedes-Benz.

For instance, the ranking and average cost to repair takes into account data from all makes and models from brands like Honda, Nissan, Toyota, as well as some luxury brands like BMW, Audi and of course Mercedes-Benz. So, while the Benz is slightly more expensive to own and operate, it is on par with other luxury models, like the BMW, which actually costs more to repair.

To compare apples to apples, we took a look at what Consumer Reports had to say about the brand’s two most popular models – C-Class and E-Class sedans. In terms

Are Mercedes reliable after 100k miles? Well, that depends on who you ask. The truth is that if you take care of your Mercedes-Benz, it will take care of you and go the distance – 100,000 miles and beyond!

Fun Fact: Mercedes-Benz has an award to commemorate high mileage. The Mercedes-Benz Classic High Mileage Award is presented to owners whose vehicles have logged 155,000 miles or more! Other mileage milestones that Mercedes-Benz recognizes are at 310k, 466k, 621k and 1,000,000 miles! (Yes, there are six zeros, making it a million miles!)

Answering the 100,000-mile question (Are Mercedes reliable after 100,000 miles?) is not clear cut. You need to do your research. Investigate the car’s history and whether it received the TLC it deserved in terms of maintenance.

It’s a good idea to get an inspection done prior to purchasing any used vehicle, regardless of the mileage, to make sure the car is working the way it should and to check whether genuine Mercedes-Benz parts have been used if a repair was done, as well as filter and lubricants.

Also, make sure to research any fault codes associated with the used Mercedes you are considering. For the inspection, it is recommended that your Mercedes-Benz repair expert has a fault code scanner. These fault codes or Diagnostic Trouble Codes are system errors that tell your Mercedes what is malfunctioning. In newer models, these codes will trigger a dash light or error message, but this is not necessarily true with the older models, especially if you’re looking at one that has more than 100k. The scanning for codes will let you know whether or not there are any serious electrical or technical problems that might cause an expensive repair down the road.

Don’t be surprised to find that there are many used Mercedes models with high mileage – a testament to Mercedes-Benz reliability. This is due to their quality, craftsmanship and resilience of the running gear that makes up the Mercedes-Benz. And while some may say to avoid buying a car with more than 100,000 miles, this is not necessarily true. If you do your due diligence and proper research, you’re likely to find a good deal on an older Benz.

As with any make and model, regardless of brand, there will inevitably be issues that may arise or be consistently seen with certain models. Below is a list of 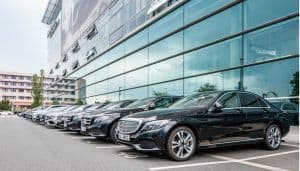 common problems that may impact the reliability of your Mercedes-Benz. The below information is from RepairPal for three of Mercedes-Benz’s most popular models.

Mercedes C300 Reliability Problems
The C300 reliability rating on the RepairPal Reliability scale is 3.5 out of 5, making it above average in reliability. The average annual repair cost is $739.

Cracked driveshaft flex discs – These cracked parts will cause excessive driveshaft movement/vibration that can be felt through the center floor of the vehicle. If these are not repaired, the driveshaft center support bearing may be damaged, or in the worst-case scenario, damage to the transmission or differential may occur. Model years affected: 2008 – 2011 | Average mileage: 71,330 | Cost of general diagnosis: $143 – $180

Oil seepage on back of the cylinder heads – Seepage and/or leaking has been commonly misdiagnosed as leaking valve covers, however, the leaking is a result of the plastic expansion plugs that are located on the back of the cylinder heads. These plugs do just that, plug access ports to the camshafts. If left unattended, the leaking oil will run down the back of the engine and eventually to the ground. Replacement is simple and should be part of regular maintenance, replacing them every 60,000 miles. Model years affected: 2008 – 2011 | Average mileage: 113,165

Squeaking and/or worn brake pads may require rotor replacement prematurely – Owners reported brakes start to squeak around the 50 percent wear point causing the brake rotor to become uneven and a lip to form at the outer edge. This requires both the brake pads and rotors to be replaced. Model years affected: 2008 – 2010, 2012, 2014 | Average mileage: 20,000 – 50,000

Failed ABS modulator – Premature failure of the anti-lock brake system (ABS) modulator due to dirty brake fluid. To avoid this problem, the recommendation is to flush the brake fluid every two years. Model years affected: 2008 – 2010 | Cost of brake bleed: $126 – $159

Mercedes E350 Reliability Problems
The E350 reliability rating on the RepairPal Reliability scale is 3.5 out of 5, making it above average in reliability. The average annual repair cost is $788.

Rough shifting – Mercedes-Benz gear shift problems have been seen in vehicles with the 7-speed automatic transmission may experience rough shifting from first to second gear, and from third to second or first gear. The rough shifting is due to an internal component failure. To repair, the transmission needs to be removed and disassembled to complete the necessary repairs. Model years affected: 2006 – 2016 | Mileage: 73,615 – 94, 877

Cracked front thrust link bushings – These cracked bushings are filled with fluid to help reduce vibration, so when they crack, they will leak oil and cause irregular and premature tire wear due to the excessive movement in the suspension. Model years affected: 2006 – 2011 | Average mileage: 78,810 | Cost of general diagnosis: $143 – $180

Mercedes S550 Reliability Problems
The S550 reliability rating on the RepairPal Reliability scale is 2 out of 5, making it below average in reliability. The average annual repair cost is $1,249.

Cracked driveshaft flex discs – These cracked parts will cause excessive driveshaft movement/vibration that can be felt through the center floor of the vehicle. If these are not repaired, the driveshaft center support bearing may be damaged, or in the worst-case scenario, damage to the transmission or differential may occur. Model years affected: 2007 – 2010 | Average mileage: 70,363 | Cost of general diagnosis: $143 – $180 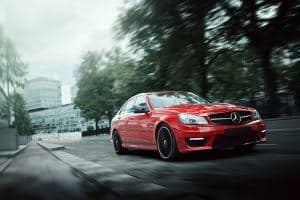 A Class Above the Rest: Which Mercedes Class is the Most Reliable?
While both the C-Class and the E-Class models score average and above average, respectively, with RepairPal and Consumer Reports, the E-Class is a notch above. The Mercedes E-Class reliability is noted as slightly better than the Mercedes C-Class reliability, receiving higher ratings more consistently in predicted reliability than its smaller counterpart. Consumer Reports lists the Mercedes-Benz E-Class as being one of the most reliable used luxury cars out on the market today.

In particular, the 2009 E350 was the most popular model sold that year and caught the attention of Consumer Reports for its transmission, smooth ride, as well as design both on the inside and outside. This particular model year scored a 4 out of 5 in predicted reliability. You can snag a 2009 Mercedes-Benz E-Class for as low as $7,600.

olive
As with any vehicle, no matter how well crafted, items eventually break down. It is not uncommon to have to bring your Mercedes-Benz in for repairs from time to time, especially if it is out of warranty, so make sure your ride is protected. Mercedes-Benz repairs may be a little higher than other cars, but don’t worry because olive has you covered. olive wants to help you prepare for the unexpected and not break your wallet in the process by offering extended warranty plans with low monthly payments.

With olive, you’re covered, and you can get a quote online easily and be protected the very next day. With olive, we’ll be your reliable partner in the event your vehicle isn’t. Here are some of the benefits you can look forward to:

Our products, customer service and reputation for excellence have earned us an A+ rating with the Better Business Bureau, and we have partnered with some of the insurance industry’s largest companies to back us.

Check out olive at https://olive.com/ today!