Kick the Bad Habit of Texting and Driving

Kick the Bad Habit of Texting and Driving

It’s a problem for many, texting and driving. Dangerous as all can be but what are some tips used to curve the habit or better yet, stop entirely?

That’s a great question. You get it, DANGER yet sometimes it seems so easy to just make a quick call or send a quick response on your cell phone while driving. We will explore some of the best apps to use, review some stats and drop some knowledge to help you kick that bad habit! 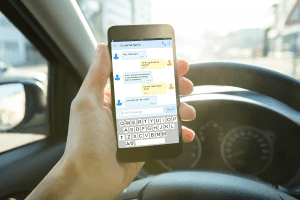 Texting while driving along with other cell phone usage has increased at alarming rates. Driving statistics have shown multitasking while driving is unfortunately, becoming a dangerous norm. A quick social media post or a quick text to your loved ones can be life threatening.

Current Handheld Cellphone Use: 21 states, D.C., Puerto Rico, Guam and the U.S. Virgin Islands prohibit all drivers from using handheld cellphones while driving. All are primary enforcement laws — an officer may cite a driver for using a handheld cellphone without any other traffic offense taking place

Current Texting while Driving: Washington was the first state to pass a texting ban in 2007. Currently, 48 states, D.C., Puerto Rico, Guam and the U.S. Virgin Islands ban text messaging for all drivers. All but three have primary enforcement. Of the two states without an all-driver texting ban, one prohibits text messaging by novice drivers.

Cell phone use while driving statistics show that this behavior is common amongst all ages of driver.

Also, on the rise, a new report from the Governors Highway Safety Association (GHSA) predicts that 6,590 pedestrian fatalities occurred in 2019, the highest number in more than 30 year. Could this be attributed to the fact that both driver and pedestrian may be distracted and on their cell phones?

Knowing the statistics of texting and driving may help all of us manage this dangerous risk. They aren’t easy to digest but could help in battling the bad habit. 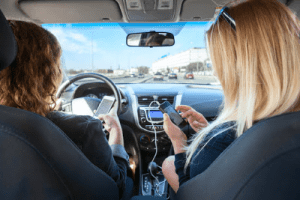 Talking or texting is even a bigger issue when it comes to teen drivers. While checking your phone, it takes your eyes off the road. If you marry that with the inexperience and lack of skills that teen drivers have, the bad habit can be deadly.

One thing for certain is that technology will continue to change, and new distractions will be introduced in the next several years. Parents need to teach their kids the value of engaged driving. Engaged driving is when the driver is continuously attentive and focused. Many parents and teens are making family commitments. All agree to avoid using distracting devices while driving. There are many apps on the market to help with this commitment.

you check your phone. Why wouldn’t you, while at a stoplight, check your phone! Breaking the habit is hard! Thankfully, we can have the help from these great apps to help us stay focused on driving, not on your phone.

KRuzr is a free Android app that detects when you are driving, and it will automatically screen both incoming calls and messages. The app will send a response to the sender to let them know you are on the road and that you will respond later.

Drive Mode is an Android app that has a voice control option for a streamlined approach to your apps, navigation and messaging apps. It can be set up to launch once you start your drive. It has a Do Not Disturb mode that will send auto replies to the sender. Or. you can choose to reply to calls and messages using simple voice commands.

AT&T Drivemode is a free app for both Apple and Android users. Most importantly it is available with all cell phone carriers. This app will silence incoming messages when the GPS detects you are driving. The trigger is once the car is going over 15mph and once it slows to under 15mph for more than a couple minutes. It also allows you to have up to 5 contacts that you can call hands free.

LifeSaver is a free app for both Apple and Android users. This app will automatically disable both texting and calling while the vehicle is moving. It also sends an automatic notification text or email once the driver has arrived at their destination. Allowing parents to be in the loop with their teens daily driving.

This free family-oriented app is downloaded on both the parents and the teens devices. It gives parents the ability to monitor their teens driving habits. It will also notify them if and when it detects unsafe diving practices. In addition, it can detect if the child is texting while driving or exceeding the speed limit, among other features.

Safe Driving apps are easy to download and use. Most apps are free, and they can ultimately save a life. In addition to these great apps many insurance companies are now offering discounts for driving safely. By staying violation and accident free, you could save a considerable amount on your annual insurance bill. 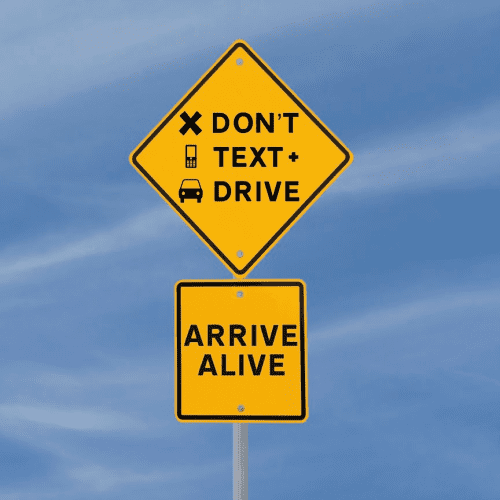 Distracted drivers are among us. Hopefully, these tips help get you to your destinations safely. We care about you, be safe out there!

Take your mechanical breakdown coverage to the next level at olive.com
Cover it. Olive it